Six Weddings In A Fortnight (and some Bandeoke) Part One 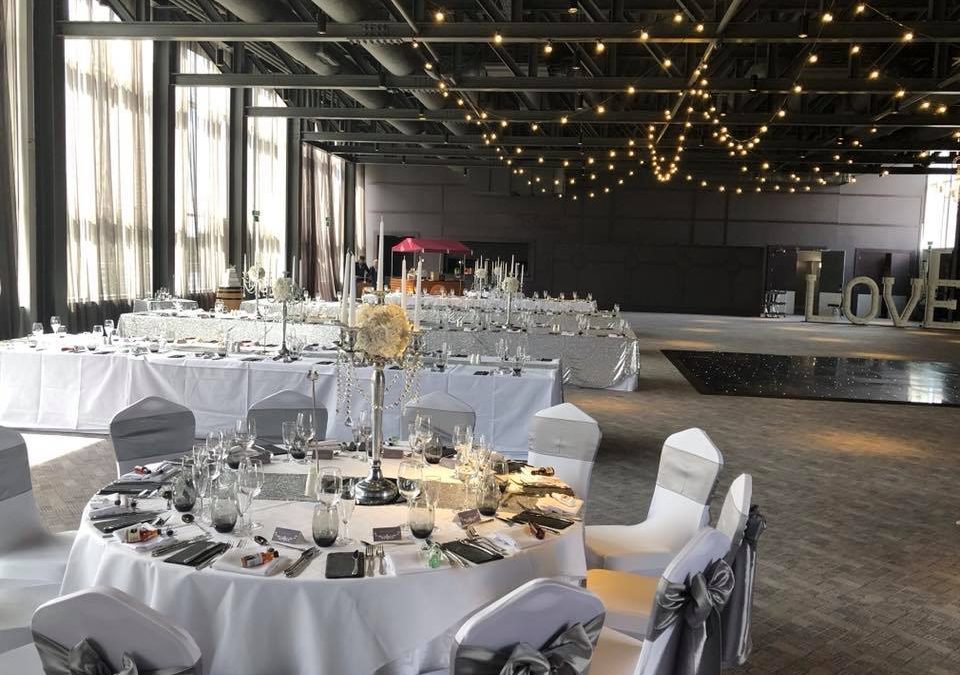 Hi everyone! We’re back in Blackpool at The Belle Vue this Friday. The last few weeks have been nuts though (even by our standards!) – 6 weddings in 2 weeks plus a 7th gig for the legendary Planning Forum hasn’t left much time for the blog. Time for a catch-up! Read on for all the gory details….

We’ve been really busy boys this last few weeks in The Deadbeats. The 7 gig marathon began on a Tuesday (of all days!) at the stunning Majestic Hotel in Harrogate where we hosted the post-awards party for Planning Forum, a gig we look forward to every year. As we were staying in the hotel, we retired to rooms post-soundcheck to watch Deadbeats’ drum maestro Rick on Channel 4’s hit reality doc “Class Of Mum And Dad”!

For those of you who didn’t catch the show (and you really should, it should be still available on 4OD), parents of children attending Blackrod Primary School get sent back to school themselves to relieve Year 6. All of Team Deadbeats are very proud of Rick’s appearance on the show – he did well, looked great in his shorts and came out of the experience relatively unscathed. Well done Rick lad 🙂

The Planning Forum party itself was as lively as ever, involving 2 live sets from us boys and the ever-popular “Bandeoke” session. This year broke all Bandeoke records with more Forum guests getting up to sing live with The Deadbeats than ever before, leading to the band playing for over 4 hours straight! Thanks go out to all the guest singers on the night and special thanks to Penny Hicks and all the Forum team for looking after us and being such a great crowd. We’ll see you next year for more of the same!

Aside from Dave nearly getting stranded in Harrogate the next day due to an uncharged phone and him taking too long tarting himself up in the bathroom, the Planning Forum trip was a complete success. With the band getting to sleep around 4am, Wednesday was a much needed night off before a 3-gig run of weddings, starting at Blackpool Football Club on Thursday for Emma & Carl’s wedding. The day started with a post-ceremony acoustic set in the afternoon with a full-force Deadbeats gig in the evening including late-night requests for songs by Green Day and Reef that got the dancefloor rocking! Our thanks and congratulations to Mr and Mrs Hindley.

The next day was another early start for the band, playing at the picturesque Inn At Whitewell for Leeann and Joe’s wedding. After a chilled jazz instrumental set during the wedding breakfast and a rapped maid of honour speech set to the Fresh Prince Of Bel Air theme (reprised at the end of the night with backing from us!) things really kicked off in the evening with the new Mr & Mrs Swarbrick having their first dance to Tom Odell’s “Grow Old With Me” played live by The Deadbeats. A very lively crowd partied hard though the night keeping the dancefloor, bar and DJ very busy throughout and a great time was had by all. A few days after the wedding, the happy couple sent us this;

“We just want to thank you for making our day what it was . We saw you 3 years ago and knew we wanted you for our wedding. You guys are awesome. We can’t put into words how grateful we are that you played at our wedding. I can’t count on two hands on how many times people asked where we found you and how amazing you were. You made it the party we wanted, worth every penny.
Thank you,
The Swarbrick’s xx”

Aww, thanks guys! Huge congratulations to you both, our pleasure 🙂

On Saturday we found ourselves in one of the most impressive venues we’ve ever seen, the Titanic in Liverpool. Impossible to put into words just how stunning this place is! The occasion was James and Julie’s wedding and The Deadbeats provided the soundtrack for the day and night with Dave and Josh even performing a song at the ceremony itself, James Arthur’s beautiful “Say You Won’t Let Go” (not sure who was more nervous – the bride and groom or Dave and Josh!!), followed by another packed dancefloor in the evening for a really, really lovely couple. Congratulations and thanks to them, thanks for having us at your wedding and for your hospitality on the day. A really nice way to end the weekend.

We were back in Liverpool the next Friday at The Palm House (May The 4th! Star Wars Day!) – spending a lot of time in Liverpool at the moment. You’ll be able to read all about that one on the next part of this blog (coming soon). In the meantime, don’t forget – we’re back at The Belle Vue this coming Friday Night 🙂